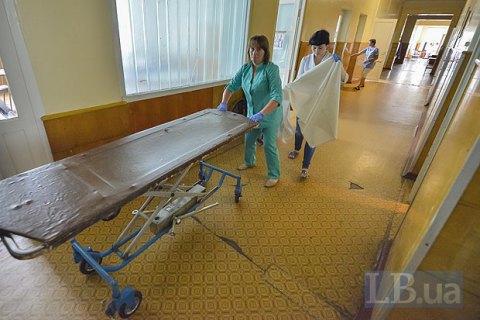 On Thursday, 8 June, the Verkhovna Rada adopted by a majority of 227 votes the draft law On State Financial Guarantees for the Provision of Medical Services and Medicines.

The bill introduces state guarantees for the payment of medical services and medicines provided to patients at the expense of the state budget on the basis of the "money follows the patient" principle.

In particular, the notion of "state guaranteed package" is introduced ie a certain volume of medical services and medicines, which the state undertakes to pay at a pre-established single tariff, which will be annually approved by the Cabinet. State financial guarantees are provided regardless of any additional criteria to all citizens of Ukraine and the taxpayers registered in Ukraine.

The state will pay for medical services and medicines at the level of primary and emergency care (about 80% of all applications of citizens), as well as palliative care.

In case of partial coverage, an official co-payment for the received medical services is introduced. The co-payment can be at the expense of patients' funds or from other sources (for example, compulsory social health insurance, voluntary medical insurance, local budget funds, etc.) according to the fixed mandatory co-payment tariff established by the Cabinet.

Medical services within the framework of the state guaranteed package will be provided by healthcare institutions of any form of ownership and by individual entrepreneurs who have a license for medical practice, in accordance with the contracts on medical care of the population, concluded with the National Health Service of Ukraine. Payment for services rendered to patients will be carried out by the National Health Service of Ukraine on the basis of such an agreement.

State financial guarantees will be introduced gradually: at the primary level – from January 2018, at other levels – until 2020.

The existing medical care benefits will remain in force and implemented in accordance with the laws by which they are implemented.

The bill introduces additional state financial guarantees for full payment of treatment for participants in the antiterrorist operation.

Ukraine will recognize international clinical guidelines to apply the best world practices and the achievements of evidence-based medicine.

Also, the bill regulates on the specifics of the provision of medical care at the primary level and the gradual introduction of "electronic health" (e-health).

The Health Minister Ulana Suprun, speaking in parliament on Thursday, compared this reform with the adoption of the Act on the Independence of Ukraine.

"Over the years of independence, 21 insurance bills have been drafted, over 20 ministers have been replaced, but Ukrainians have become 10 million fewer. We can further search for an ideal model, but we are facing a ruin and people keep dying," the minister said as she called on the lawmakers to support medical reform legislation.