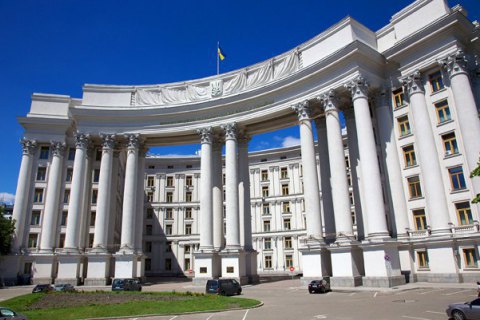 The Ministry of Foreign Affairs of Ukraine is concerned about the attempts by some forces to use the Bulgarian national minority to destabilize the situation in the south of the Odessa region.

"The recent incidents involving individual representatives of the Bulgarian community are in no way connected with their ethnicity, but have been provoked by their statements that are perceived to be very sensitive in conditions of continuing Russian aggression," the ministry said in a statement on 9 June.

At the same time, the ministry condemns any violent actions in the resolution of inter-ethnic tensions. Law enforcers are already investigating into the incident, and the perpetrators will held responsible in full compliance with the law.

"Ever since its independence, the Ukrainian state guarantees and properly ensures the implementation of the national and cultural rights and needs of the Bulgarian national minority. We will continue to make every effort to prevent attempts by individual forces and states to violate interethnic peace and accord in Ukraine and worsen friendly relations with neighboring nations," the foreign ministry stressed.

In the April of 2017, the Security Service of Ukraine prevented provocations against the Bulgarian national minority in Odessa Region. The SBU spokesman Ihor Huskov said that Russian special services are trying to instigated separatist tendencies in various regions of Ukraine and destabilize the situation by using fake territorial communities.