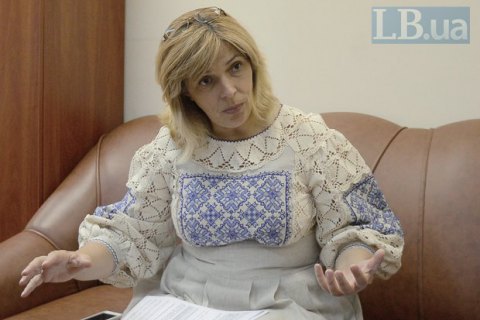 A number of leading public and patient organizations of Ukraine accused the head of the Verkhovna Rada Committee on Health Olha Bohomolets of sabotaging medical reform.

"We are genuinely surprised by the populist and irresponsible position of the head of the committee, that is not dissimilar from that of the main opponents of any changes in the country. Those are the parties Fatherland, Opposition Bloc and Oleh Lyashko's Radicals," the letter says.

"It is absurd that the head of the health committee, contrary to the position of her faction, opposes the implementation of the reform, of which she must be an advocate and proponent."

Bohomolets has no moral right to continue heading the committee, which should initiate health care reform and not block it, the letter says.

The organizations support the government health reform bills ## 6327 and 6329 but are concerned the legislation may fail through the opposition of Bohomolets.

"We ask you, Mr. President, to address the leadership of the BPP faction with the demand to recall Bohomolets from the post of head of the parliamentary committee as soon as possible. Populism and ignorance are the main enemies of the new country that we are building together," the letter said.

The key health reform bill was narrowly adopted in principle on 8 June. The related bill No. 6329 on the accompanying changes to the Budget Code was voted down.