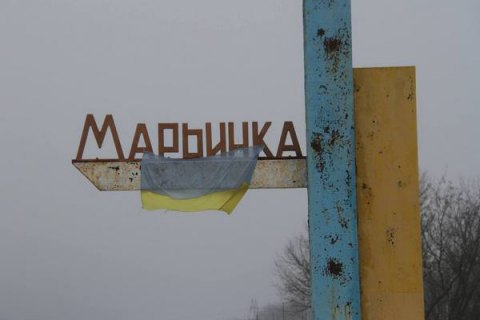 On Thursday, at about 1 pm, the Russia-backed militants shelled the positions of the Ukrainian military stationed in the area of Maryinka, Donetsk Region. The residential quarters of the settlement came under fire. The press center of the anti-terrorist operation reported on Facebook on 8 June that a 50-year-old woman was wounded in shelling. She was taken to the Kurakhovo hospital with a splinter wound of the hip. Medics described her condition as satisfactory.

The observers of the Ukrainian side of the SSCC on the scene are looking into the details of the incident.

"Such actions by the leadership of the "D/LPR" testify to their desire in further aggravation of the conflict and demonstrate the reluctance to observe the ceasefire and deliberate non-compliance with the Minsk accords," the ATO HQ stressed.

On June 2, two Maryinka residents were wounded as a result of the shelling. In early May, a local resident received a bullet wound in her own garden.