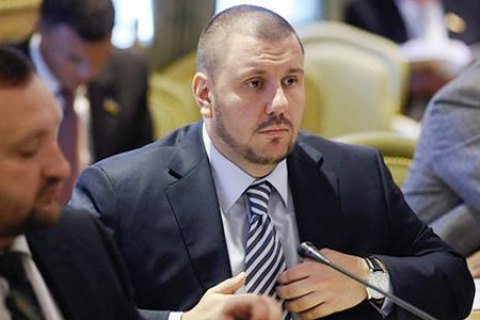 The military prosecutor's office established that the ex-minister of revenues and charges, Oleksandr Klymenko has embezzled 788mn dollars by using a scheme with taxation sites, the chief military prosecutor Anatoliy Matios told a briefing dedicated to Friday searches in the Klymenko case.

The investigation has found that the stolen funds have been legalized during 2011-2013 through a number of offshore companies in Cyprus and Liechtenstein registered to Klymenko's father. The crime proceeds have further returned to the accounts of Unison group owned by Klymenko's brothers and father, the media holding Vesti, and two asset management firms.

According to Matios, the funds, in particular, were used to service the family of Viktor Yanukovych.

The incomes from the leasing of these rail cars "to this day" were the main source of funding for media holding Vesti, Matios noted.

On Friday, the military prosecutor's office is conducting 183 searches in properties owned by Klymenko, particularly the office center Gulliver in Kyiv.