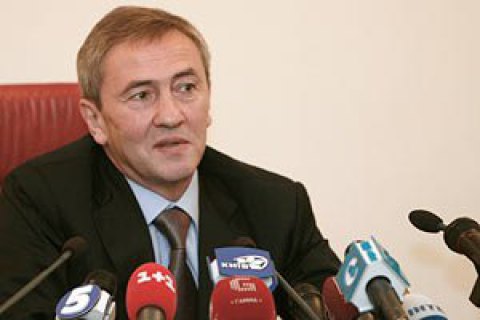 The Prosecutor-General's Office on 14 July reported suspicion to the former mayor of Kyiv Leonid Chernovetsky. He is charged with abuse of office during the construction of a helicopter pad on the Park road in the nation's capital.

The PGO said in a website statement on Friday that Chernovetsky has been involved in an illegal seizure, the change of the target assignment and rent out of particularly valuable municipal land for the construction of the presidential helicopter pad. He is also charged with understating the size of the rent for land and the destruction of the archaeological heritage.

The over damage to the municipal community of the city of Kyiv is estimated at 250mn hryvnia.

The helicopter pad is located several hundred meters from the building of Verkhovna Rada. Commissioned on 6 June, 2012, it was supposed to be used to shuttle the then-President Viktor Yanukovych to and from his residence in Mezhyhiria outside Kyiv, but has never been used.

Chernovetsky is living outside Ukraine.