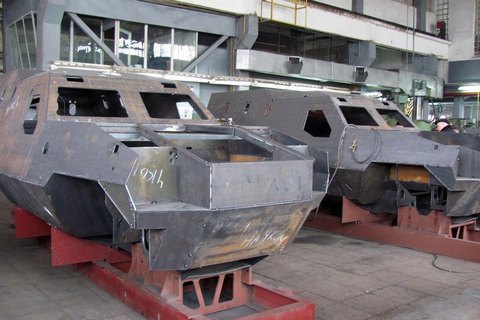 She said she did not know the reasons for detention.

The detainees were taken to the NABU territorial office in Lviv.

The detention happened on the day when President Petro Poroshenko was planned to visit the company.

Tymkiv was appointed in September 2015 after his predecessor was dismissed for disrupting plans for the production of military equipment for the ATO.