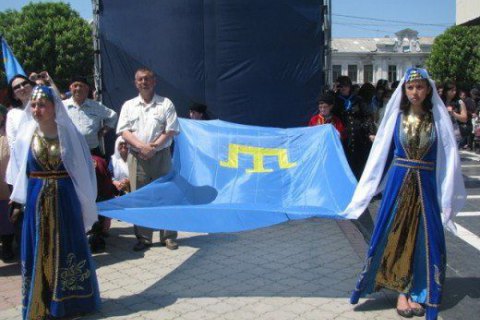 "During the discussion on a number of issues regarding the amendments to the constitution, the president of Ukraine said that he was expecting the constitutional commission to prepared the text of draft amendments and addenda to Chapter X of the Constitution of Ukraine 'Autonomous Republic of Crimea' as soon as in September this year to send it for consideration by the Supreme Council of Ukraine," the statement reads.

The Crimean Tatar leaders raised the issue of the president's representative office for Crimea, which is temporarily located in Kherson. Earlier, Crimean Tatars blocked the Kherson office and accused its head Natalya Popovych of inaction.