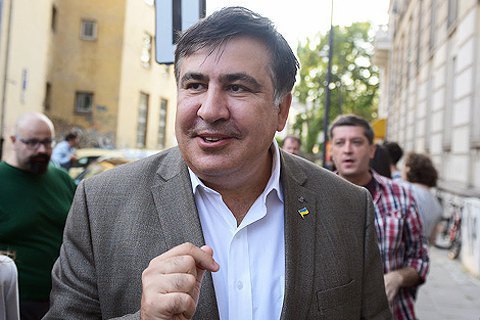 According to the Georgian Prosecutor-General's Office, Mikheil Saakashvili is a defendant in four criminal proceedings under the following articles of the Georgian Criminal Code:

He said that the Georgian PGO said in its request that the former president is not wanted for political reasons and that he will not be prosecuted for crimes not provided for in the request. Georgia also guarantees that Saakashvili will not be extradited to a third country without the consent of Ukraine.

The request would be duly channelled over to the Ukrainian Prosecutor-General's Office for an extradition check-up.

On 26 July, President Petro Poroshenko terminated the Ukrainian citizenship of Saakashvili when the former governor of Odesa Region was on a visit to the United States.

Saakashvili has stayed abroad ever since but stated intention to return to Ukraine on 10 September.