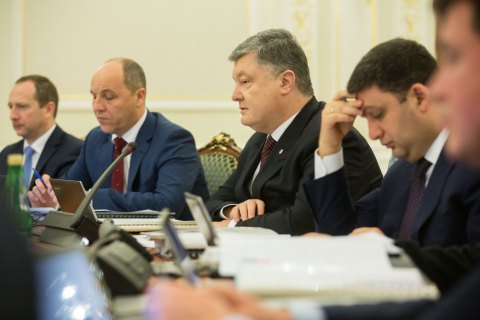 The bill on the restoration of Ukraine's sovereignty in Donbas is 99 per cent ready and will be submitted to the National Security and Defence Council (NSDC) when the introduction of a peacekeeping mission to Donbas is agreed, the presidential representative to parliament, Iryna Lutsenko, has said.

She recalled that Ukraine is considering three options for the deployment of peacekeepers: an OSCE police mission, a UN mission, or a European police mission. The mission will need to be deployed across the entire occupied territory of Donetsk and Luhansk regions, in the so-called "gray zone" and at the Ukrainian-Russian border.

According to Lutsenko, the final document will be submitted to parliament before the beginning of October.

"I think that upon further consultations with our Normandy Four partners such an item will be included in the accords and will be presented for consideration and discussion in parliament," she added.