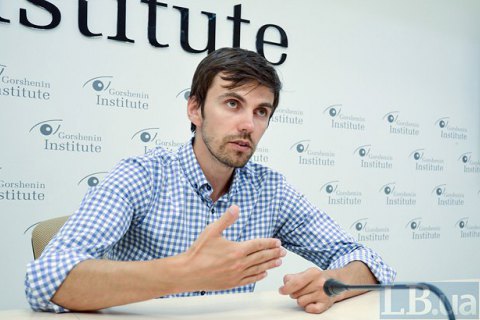 National health reform in Ukraine will be implemented in several stages. The National Health Service will have limited functions and will not have access to the budget, Deputy Health Minister Pavlo Kovtonyuk told Hromadske on Monday.

"We will implement the reform step-by-step, without a big blast. First, primary care, then secondary, then drugs. "We will teach and train. In three years, everyone will adapt," Kovtonyuk said.

He said full preparations for the first stage, including financing, should be completed before the end of the year.

"If we do not settle the financial side of the reform by 1 January, there's no point in starting it at all," he stressed.

Kovtonyuk said that many amendments by the parliamentary health care committee had been taken into account and the bill was ready to be put to vote.

"We have a draft law that is ready for the second reading. All formalities have been dealt with. In legal terms, it's alright. The document has been endorsed by the deputy chairman of the committee. The same goes for bill 6604, which introduces changes to the reform budget," the deputy minister added.

Kovtonyuk commented on the creation of the National Health Service, which is stipulated by the health reform bill. According to him, the service will have less authority than similar institutions in the West and is restrained by "controls", which will eliminate corruption.

"Compared with other countries whose examples we used, we have the most secure model where the National Health Service is rather limited and will be tightly controlled to eliminate corruption," said Kovtonyuk.

One of the main safeguards preventing corruption, he stressed, is that the service is not going to have direct access to the national health budget.

"First, the money will be kept in a treasury account. This is the state budget rather than accounts that the service would be free to use. Second, the service will not own hospitals," the deputy minister said.

The National Health Service will act as a single national customer of medical services.

Under the health reform, the ministry will be divided into five directorates that are supposed to be manned following the shortlisting process which is to start this month.