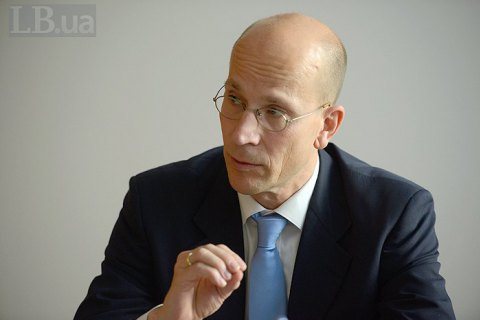 The UN peacekeeping mission should not freeze the conflict in Donbas, Special Envoy for Eastern Europe, Caucasus and Central Asia at the German Federal Foreign Office Andreas Peschke has said in an exclusive interview with LB.ua.

"We do not want a frozen conflict," Peschke said.

Germany wants the peacekeeping mission to facilitate a resolution of the conflict in Donbas in the spirit of the Minsk agreements.

"[The peacekeeping mission] should help restore peace and Ukraine's control in the territories that are currently beyond its control. […] The country must also regain control over its border with Russia. This is our purpose and philosophy of the Minsk agreements," said the diplomat.

To serve this purpose, this mission should be deployed not only along the line of contact, but also across the occupied Donbas, which German Chancellor Angela Merkel stressed in a recent phone talk with the Russian president.

"Currently, numerous confidential talks on these issues are being held with both our European partners and with the USA, and, clearly, with the representatives of Ukraine. We hope this topic will be discussed in-depth at the next UN General Assembly next week," the German diplomat said.

"And, of course, we are looking forward to learn the vision of the president of Ukraine on this peaceful mission. That's all I can tell you, so to speak, on the current situation in the diplomacy workshop," said Peschke.