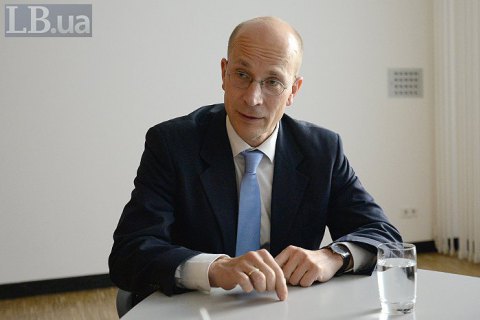 Germany will consider a possibility of participating in a long-term plan on support for Ukraine (the so-called "Marshall Plan for Ukraine"), Special Envoy for Eastern Europe, Caucasus and Central Asia at the German Federal Foreign Office Andreas Peschke has said in an exclusive interview with LB.ua.

"I think we will take a close look at this and other initiatives, too," Peschke said.

The German diplomat recalled that there are whole packages of support for reforms in Ukraine: the so-called macro-financial support for Ukraine by the EU, tranches of the International Monetary Fund and bilateral assistance from the USA, Japan and Germany.

"This financial support is worth tens of millions of euros. Our task is to ensure that all these funds allocated to cooperation are used effectively, for the sake of supporting the economy and reforms in Ukraine. We will place in this regard every effort to improve the effectiveness and increase support of our cooperation," the diplomat said.

"It is no secret that there is hardly any other head of state or government in the world with whom our Federal Chancellor Angela Merkel would speak on the phone more often than with Ukrainian President Poroshenko. This fact alone is a vivid example of how intense is the relationship between Germany and Ukraine. Our bilateral support package for Ukraine is one of the largest in the world," Peschke added.

The so-called"Marshall Plan for Ukraine" offered to the European Union is designed for 10 years and in the medium term (2018-20) provides for the allocation of 5bn dollars a year. The funds are meant to be channelled into infrastructure projects, energy efficiency and digital economy. A donor conference for project financing is slated to be held in February-March 2018.

The European People's Party (EPP) approved the resolution on the development of the "Marshall Plan" for Ukraine on 31 March 2017.

The project will be presented at the Eastern Partnership summit in November.