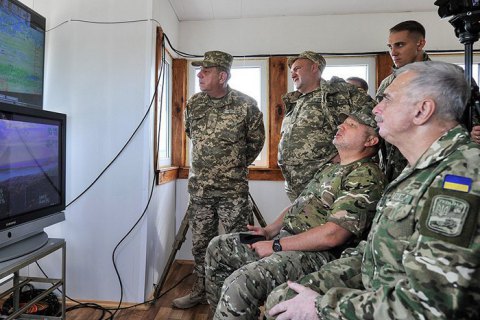 Ukrainian combat drone Sokil (Falcon) was tested in Chernihiv Region on September 14, the press service of the National Security and Defence Council said in a statement.

"The reconnaissance and strike complex Sokil that have been tested today consists of one reconnaissance and three striker combat vehicles, The comples is capable find and accurately hitting targets, using, depending on the tasks, high explosive, fragmentation and thermobaric ammunition," NSDC Secretary Oleksandr Turchynov said after the tests.

The tests took place at the wind of 14-17 m/sec, almost all the tasks have been fulfilled, the target hit, the report said.

Turchynov said these UAVs will be delivered to the armed forces and used in combat. He also noted that a new combat UAV model with a greater range of application and more powerful performance will be presented in the near future.

UAV Sokil was developed by the Ukrainian enterprise CheZaRa in cooperation with Polish partners.