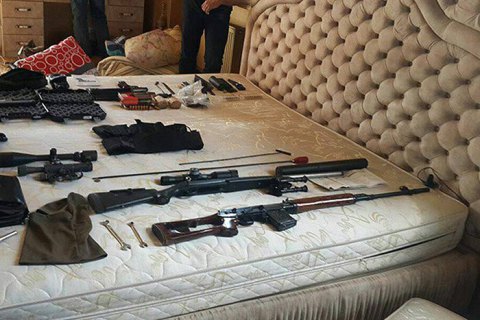 Law enforcers detained during a raid in a village of Kherson Region, Chornobayivka, eight foreign nationals aged 28 to 45.

The detainees had IDs, the authenticity of which is in doubt.

The raid with the involvement of special forces was conducted after a tip suggesting that the suspect may have been implicated in an armed robbery.

The chief of the National Police Serhiy Knyazev wrote on Facebook that the detained were members of a criminal group specialized in extortion and robbery in the south of the country.