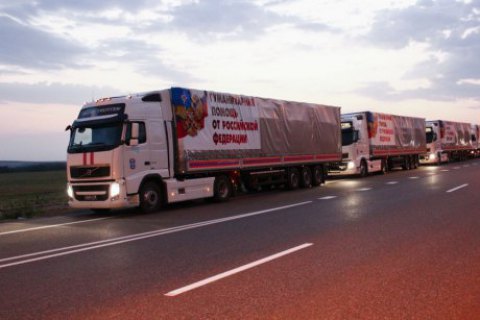 The separatist self-proclaimed Donetsk and Luhansk people's republics (DPR and LPR) will stop receiving financing from the Russian budget from 2019.

Russia's Finance Ministry at meeting with Deputy Prime Minister Dmytro Kozak on 1 September was instructed "to exclude humanitarian assistance to certain territories in 2019–2020 from the draft federal budget for 2018 and for the planned period of 2019 and 2020," the RBC news agency cited the minutes of the meeting.

The "certain territories" in question are the DPR and LPR, the agency said.

Russia classified the funding it provides to the separatist republics, RBC said. It is regulated by secret government decrees and "classified budget items". Obviously, "humanitarian assistance" is only one of several channels of funding of the DPR and LPR," a source told RBC.

At the very beginning of the conflict in eastern Ukraine in 2014, the Russian government approved targeted subsidies for the restoration of the damaged infrastructure of Donbas (power, roads and railways), housing construction etc. A secret government decree described these subsidies as "humanitarian aid to certain territories of Ukraine".

These subsidies, the size of which is unknown, were allocated from the government's reserve fund, a source told RBC. The Russian government forms such a fund to finance its own expenditures on a yearly basis. Most likely, the government's move abolishes these targeted subsidies for the restoration of Donbas infrastructure, the source suggested.

The figures for possible Russian assistance to the DPR and LPR largely remain unclear. Bloomberg News has reported, citing sources in the "republics", that Russia's monthly expenditures on pensions in the DPR amount to 2.5bn rubles (43m dollars). Russia's Finance Ministry later denied such expenditures from the Russian budget.

In February 2017, the Security Service of Ukraine (SBU) said that the LPR budget in the first quarter of this year provided for 11bn rubles in revenues, of which about 9bn rubles was Russian assistance.

Russia's Emergencies Ministry has sent 68 humanitarian convoys to Donbas since August 2014 with more than 70,000 t of cargo purchased with the funds outside the ministry budgets.

In April 2017, the Russian State Reserve confirmed providing "humanitarian assistance" to metallurgical companies in the occupied territory of Donbas from its own budget. However, the government in a while gave the State Reserve 10bn rubles to replenish its stock of raw materials for the steel industry.

In addition, Russia supplies electricity to the LPR as "humanitarian assistance".

The DPR budget indicates "humanitarian aid" as a source of revenue, but the size of the "republics" budgets has never been disclosed.