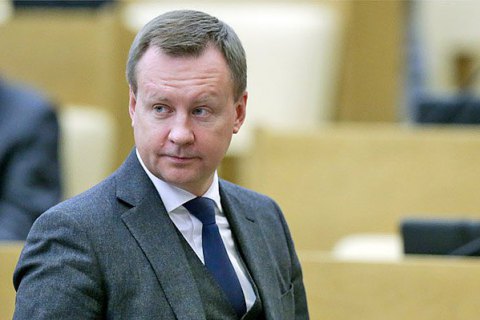 The prosecutor-general's office of Ukraine (PGO) denies the reports the Russian news agency "Rosbalt that said the murder of the fugitive Russian MP Denis Voronenkov was contracted by the ex-husband of his wife Maria Maksakova.

"The information spread in Russian media about the alleged reports by Ukraine's prosecutor's office about the results of investigation into the murder of ex-deputy of the State Duma of the Russian Federation Denis Voronenkov is not true," the spokeswoman of Kyiv Prosecutor's Office Nadia Makimets wrote on Facebook on Thursday, September 14.

She said the investigation in the case, which is conducted by Kyiv prosecutor's office, is at the final stage. Its results will be announced in the near future.

Previously, Rosbalt wrote that Moscow has allegedly received a reply of the Prosecutor-General of Ukraine in response to a request on the progress in the case of the murder of Voronenkov.

The response allegedly named two the organizers of the murder.

"The first is Volodymyr Tyurin, a former spouse of Maria Maksakova, who later married Voronenkov. The second is an owner of a bank in Crimea. Ukrainian prosecutors allegedly specified the date when they supposedly met on the peninsula to discuss preparations for the crime. Rosbalt's news piece provides details of the close ties of Tyurin and the banker with the criminal world and Russian special services.

The agency's unnamed source alleged that PGO investigation tends to believe that the two individuals allegedly organized the murder on behalf of the Russian special services.

Denys Voronenkov, a former member of the Russian State Duma, was gunned down on 23 March in central Kyiv. His bodyguard was wounded but returned fire and wounded the assailant. Voronenkov previously gave evidence in the case of high treason by fugitive ex-president Viktor Yanukovych.

Earlier, Voronenkov said that had been granted Ukrainian citizenship.