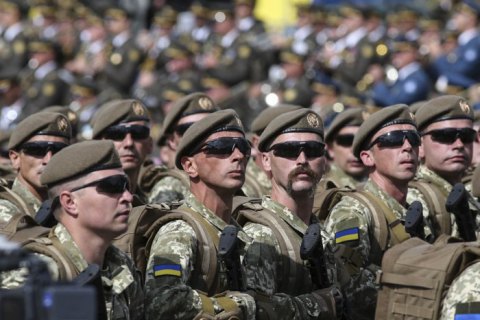 Ukraine plans to increase the Defence Ministry budget to 83.3bn hryvnyas (around 3.2bn dollars at the current exchange rate) next year, Defence Minister Stepan Poltorak said during a working visit to Lviv Region on Friday, 15 September.

"Tentatively, after a meeting of the National Security and Defence Council, the Ukrainian Armed Forces' budget for next year is planned at 83.3bn hryvnyas, but it still needs to be approved by the cabinet and parliament," Poltorak said, according to the ministry's press service.

"The defence budget for next year reserves 2.5 times more funding for the development of weapons and equipment. We are moving from a "budget of maintenance' to a 'development budget'," Poltorak said.