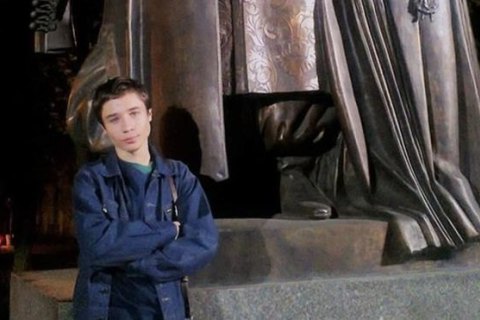 Ukrainian citizen Pavlo Hryb, 19, is arrested in Krasnodar until 17 October on the charges of assistance to terrorist activities, TASS reported on September 11, citing the decision of Krasnodar's Oktyabrsky District Court.

Earlier, Hryb's lawyer Andriy Sabinin said that his customer was contained in SIZO-5 detention center of the Federal Penitentiary Service. On September 8, the jail said that there was no Ukrainian named Hryb there.

Pavlo Hryb disappeared in late August, according his father, a former border guard and now a military chaplain Ihor Hryb. He said his son on 24 August, Ukrainian Independence Day, went to the Belarusian city of Gomel. He was to meet with a girl from Russia, whom he met on social networks. However, the young man disappeared after crossing the Belarusian border.

The prosecutor's office of Chernigov Region initiated upon the disappearance of Hryb a criminal case under the article "Intentional homicide". The boy's father went to Belarus to search for him. According to him, the bus driver, in which his son was traveling, confirmed that he had left at the bus station in Gomel. Local police told the father that Pavlo has been wanted by Russian FSB in Krasnodar region on terrorism charges.

Ukranian Foreign Ministry had protested to Russia over Hryb's detention and demanded that Ukrainian consular workers be given access to Hryb. The ministry demanded explanations on the cause and the circumstances of Hryb's kidnapping in Belarus nad his immediate return home.