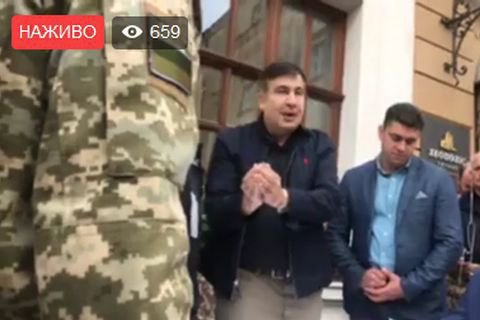 An hour-long indictment procedure took place in front of a Lviv hotel in the presence of journalists, Saakashvili's lawyers, MP Yuriy Derevianko and police officers.

Saakashvili said the protocol should have been handed over three hours after crossing the border and not in two days but signed the protocol.

Recall, the morning of September 12 at the hotel "Leopolis" in Lviv, in which paused Mikheil Saakashvili arrived the border guards and the police.

Under the Code of Administrative Offenses, violation of the state border by a group of people provides for a fine or an administrative arrest for up to 15 days.