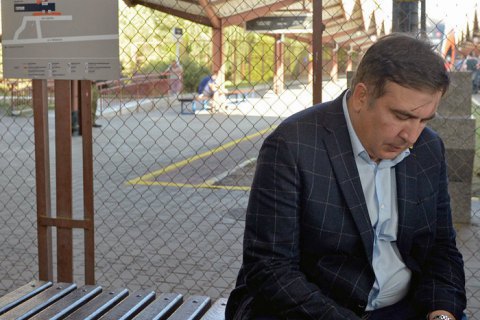 Former Odesa governor Mikheil Saakashvili, who previously illegally crossed the border, applied to the State Migration Service asking to be granted the status of a person in need of additional protection, his lawyer Markin Galabala said Monday as quoted by Zaxid.net.

The Migration Service neither denies nor confirms this information, since under the law on refugees and persons requiring additional or temporary protection such information is confidential.

Saakashvili said his passport "was stolen" in turmoil during the illegal crossing of the Border on Sunday.

On Sunday, Saakashvili, whose Ukrainian citizenship has been voided, crossed into Ukraine at the Shehyni checkpoint. A crowd of the politician’s supporters, including five MPs and former acting head of the Security Service of Ukraine Valentyn Nalyvaychenko broke through the cordons of the Ukrainian law enforcers, forced the group’s entry to the territory of Ukraine evading standard border control procedure.

During the incident, 12 police officers and five border guards were traumatized.

Prosecutor-General Yuriy Lutsenko promised to bring the organizers of the illegal crossing of the state border to justice.