Scoop of the day: Ukraine to tighten coronavirus restrictions 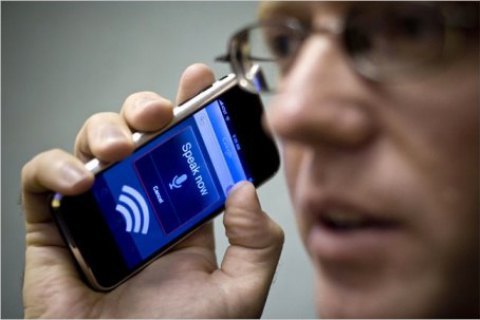 The European Parliament proposed to cancel the charge for roaming in mobile communication between the European Union and Ukraine, Moldova and Georgia and create a trust fund for investment in Ukraine, RFERL reported on Monday, 11 September.

These proposed measures are contained in the draft report with the recommendations of the European Parliament to other European institutions on this program ahead of the November summit of the EU's Eastern Partnership program.

The European Parliament proposes to grant to Ukraine, Moldova and Georgia an attractive model of Eastern Partnership Plus, which would also include the introduction for these countries of unilateral tariff preferences, or the creation of powerful broadband communication channels.

This model "plus" can be offered, to other three participants of "Eastern Partnership", Armenia, Belarus and Azerbaijan "when they are ready for such enhanced opportunities," the document reads.

The project, which should first be considered at a meeting of the Foreign Affairs Committee of the European Parliament on Thursday, 14 September, suggests that the European Commission, together with the European Investment Bank, would develop a plan for the creation of a "new European investment plan for Ukraine and other participating countries" of the Eastern Partnership, which made the greatest progress in the reforms."

The new trust fund for Ukraine, as stated in the document, should focus on private and public investment, particularly in the social and economic infrastructure, as well as those aimed at strengthening Ukraine's ability to absorb investment.

The document, among other things, stresses the support pf the restoration of full sovereignty of Ukraine in Crimea, Georgia's in Abkhazia and South Ossetia and Moldova's in Transnistria.

The project proposes to clearly support the European aspirations of the partner countries, based on the current EU provision that "any European country can apply for membership in the European Union if it meets the "Copenhagen criteria" and democratic principles and adheres to fundamental freedoms and human rights and minorities, as well as the rule of law."

This project can still undergo changes before it is considered by the full by the European Parliament in November.

The EU countries are working on the text of the so-called "Brussels Declaration", which should be approved by the participants of the Eastern Partnership summit in Brussels in November. The controversial issue is whether the declaration should contain the recognition of the European aspirations of Ukraine, Moldova and Georgia. Such a proposal has been earlier stated in the Riga Declaration of the previous Eastern Partnership summit of 2015, but now, according to EU diplomats, Germany and the Netherlands are against this provision.

On 10 June, President Petro Poroshenko said that Ukraine is negotiating with the EU to abolish mobile roaming charges. He said talks were underway on the introduction of accessible transport links between Ukraine and the EU, attracting lowcost air carriers, and increasing the capacity of border crossing points.

Roaming charges for international calls between EU countries have been cancelled since 15 June.