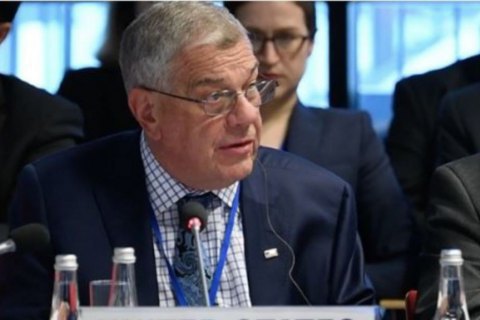 The aggression of Russia against Ukraine, intimidation of neighbors and interference in democratic processes defies the principles of the Helsinki Agreement and poses a threat to all member countries of the Organization for Security and Cooperation in Europe (OSCE).

Ambassador Michael Kozak, the head of the US delegation to the OSCE meeting on the protection of human rights in Warsaw said as quoted by VOA that 10 thousand people were killed and 24 thousand were wounded as a result of Russian aggression. In addition, about 1.7 millions of Ukrainian citizens were forced to leave their homes.

"Quasi-Russian forces in Donetsk and Luhansk, whom Russia by force is keeping in power, arming and training, which runs Russia, and jointly with whom it is involved in fighting is a source of threat and intimidation for the local population. In Crimea, the Russian government persecutes Crimean Tatars, ethnic Ukrainians and those who oppose the occupation," US ambassador said in a statement.

Ukrainian President Petro Poroshenko has stated the belief that Russia is preparing for an offensive war of continental scale.