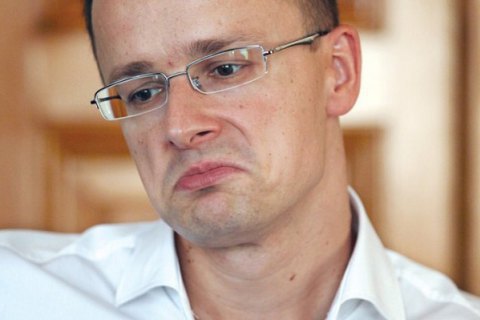 Hungary has lodged a complaint with the OSCE Secretary General, the Organization for National Minorities and the OSCE, as well as with the UN High Commissioner for Human Rights and the EU Commissioner for Enlargement and the European Neighborhood Policy. The Hungarian government draws the attention of international organizations to the adoption by the Verkhovna Rada of a new law on education, which, according to Budapest, will violate the rights of the Hungarian minority in Ukraine, RFERL reported Monday.

Hungary's Foreign Minister Peter Siyarto at a press conference in Budapest said his country asked Ukraine to take urgent measures to prevent this law from coming into effect.

Last Sunday, the Hungarian Foreign Ministry summoned the Ambassador of Ukraine, Lyubov Nepop. Official Budapest rejected the explanations of the Ukrainian diplomat, that ethnic Hungarians living in Ukraine, like the representatives of other national minorities, should learn Ukrainian as a state language.

"I consider such explanations cynical, untrue and irrelevant," said Siyarto.

Although Hungarian diplomats, according to the minister, will not subsequently support important decisions and initiatives at the international level for Ukraine, Hungary is aware of what is happening on Ukrainian territory.

Also on Monday, Hungary's Prime Minister Viktor Orban met with the head of the Society of Hungarian culture in Transcarpathia, Ukrainian MP Vasyl Brenzovych, and discussed the possible negative repercussions of the enforcement of the Ukrainian law on education for the Hungarian minority in Ukraine.

Meanwhile, the inter-factional group of deputies of pro-government and opposition Hungarian parties announced intention to urge in a letter Ukrainian President Petro Poroshenko not to sign the education law.

Earlier, Hungary, Romania and Moldova expressed concern about the new Ukrainian law on education. Poland called on Ukraine to consult on its application in schools.

The new edition of the law On Education provides that children who will go to school next year, will study in their native language only in elementary school, the first four years. Beginning from the fifth grade, all subjects should be taught in Ukrainian.