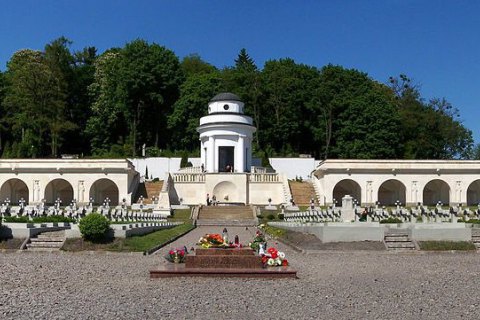 Poland has dropped the idea to feature the Eaglets Memorial, which is located in Lviv's Lychakiv cemetery, on one of the pages of its passport, Polish Interior Minister Mariusz Błaszczak told Wiadomości on Monday, 11 September.

The image of the memorial will be replaced by the portrait of one of the "Lviv eaglets", Antoni Petrykiewicz, who died at the age of 13 defending Lviv against the army of the West Ukrainian People's Republic and subsequently became the youngest ever knight of the Poland's Order of Virtuti Militari.

The minister said the decision was "in view of the comments received by the ministry and the recommendations of the expert group.

He said the decision was made to maintain good relations with Ukraine.

For a similar reason, there will be no picture of the Vilnius Holy Gate in Polish passports. It will be replaced by an inscription from the tomb of Maria Pilsudska.

In 2018, to mark the centennial of its independence, Poland is going to issue passports in a new design. The pages of the document are planned to feature the background images of historical places important for Poland. One of the possible images was the Eaglets Memorial in Lviv.

Lviv Eaglets were fighting against the army of the West Ukrainian People's Republic in 1918–1919. Their burial complex in Lviv is an important element of the Polish nationalist discourse.