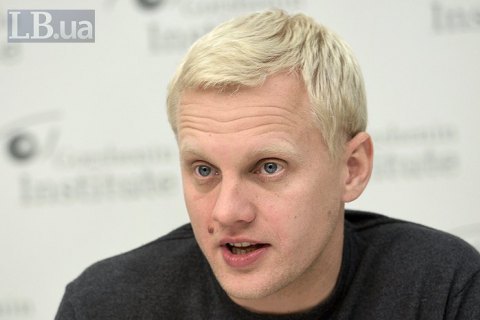 The COB of the Center for Combating Corruption, Vitaliy Shabunin, believes that President Petro Poroshenko will bear political responsibility for the appointment of corrupt judges in the Supreme Court.

Speaking at a roundtable conference organized by Gorshenin Institute and the Reanimation Package of Reforms on 28 September, Shabunin said he did not expect that the president would discard dishonorable candidates from the list of Supreme Court judges

"His problem is how to explain [the appearance of corrupt judges]." He must be having an excellent explanation: my signature is merely ceremonial here. I cannot interfere with the competition procedure."

Shabunin believes, however, that Poroshenko is directly responsible for the selection of judges to the Supreme Court.

"The new-old High Council of Justice was his decision. He has been told that the body needs a shakeup. The same goes for the Qualification Commission of Judges… That is, the ultimate political responsibility for the presence of these people in the final composition of the court shall be on the president. Personal responsibility," Shabunin stressed.

In the opinion of the activist, this job contest showed that for a comprehensive judicial reform there is no need to replace six thousand judges. It will be enough to change 19 members of the High Council of Justice and 16 members of the High Qualification Commission of Judges.

"And these people will purify the judicial system… Should these people were adequate, the result of this competition would be entirely different," Shabunin concluded.