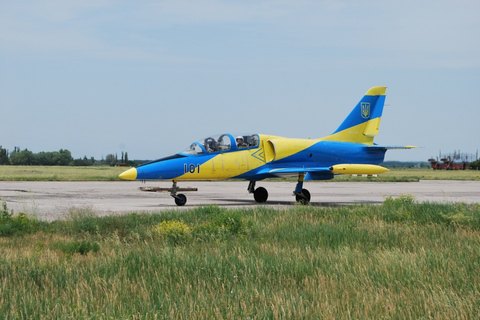 Military aircraft has crashed near the village of Bereheli in Krasyliv district, which is located 20 km from the regional center Khmelnitsky.

The press officer for Ukrainian Air Force, Roman Yurchylo, told 112 Channel that two pilots died in the crash of the fall training aircraft L-39 on 12:20 on Friday, 29 September.

Khmelnytsky authorities said a team of rescuers and the command of an air force regiment based in Starokonstantyniv, Khmelnitsky Region are working on the scene.