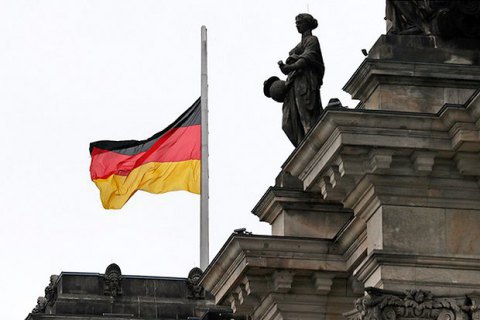 Germany will continue supporting Ukraine regardless of which government is formed following the election to the German Bundestag.

"Germany supports Ukraine with a variety of activities out of deep conviction," the Ambassador of Germany to Ukraine Ernst Reichel stated on 29 September during the opening of a shop of the new plant of the German company Leoni in Kolomyja, Ivano-Frankivsk Region.

"This support and solidarity with Ukraine, given the difficult challenges it is facing, is and will remain the core element of Germany's foreign policy. It does not depend on what government will be created after the elections to the Bundestag last Sunday," the ambassador went on to say.

On 26 September, Gorshenin Institute hosted an expert discussion of the results of elections to the Bundestag. Director of the representation office of Ebert Foundation for Ukraine & Belarus, Marcel Röthig, suggested that a new coalition in Germany will be formed by the Angela Merkel's CDU/CSU, the Greens and the Free Democratic Party. The Social Democrats, who were in the previous government, went into opposition.

"For Ukraine it is important that the new government was formed and started to work as quickly as possible, but we will probably have to wait until Christmas," said Röthig.

In turn, deputy director of the Institute of World Politics, Kateryna Zarembo said that none of the parties in the future coalition are anti-Ukrainian.

"I am not pessimistic about these elections. None of the parties that can form a coalition are anti-Ukrainian or anti-European. German foreign policy is based on order and rules, and these parties - CDU/CSU, the Free Democrats and the Greens support these fundamental things. For Ukraine, it is good news," she said.