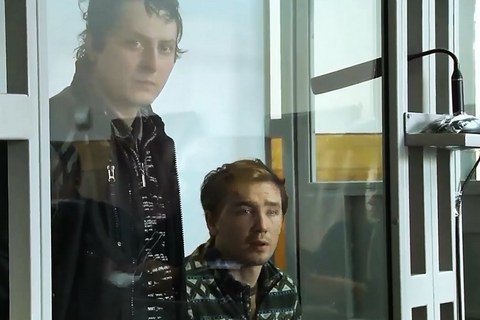 Berdychiv Court on Thursday found Kyivan Dmytro Vasylets and the resident of Berdychiv Yevhen Tymonin guilty of assisting a terrorist organization and sentenced them to nine years in prison.

Under Ukrainian legislation the defendants faced from eight to 15 years in prison.

Vasylets and Timonin were detained by the SBU in Kyiv and have been jailed since November 2015. They have spent a long time on the territory of the "DPR" and provided consultations and practical assistance to the separatist TV channel "New Russia TV".

In a statement, the SBU said that the defendants have helped setting up the broadcast of news and video material, helped organizing interaction between the channel's units, trained the company's personnel, programmed the necessary equipment and software, and registered and tuned the "New Russia TV" broadcast on popular video hosting sites.

Earlier, the detainees were members of the public council under the Ministry of Information Policy.