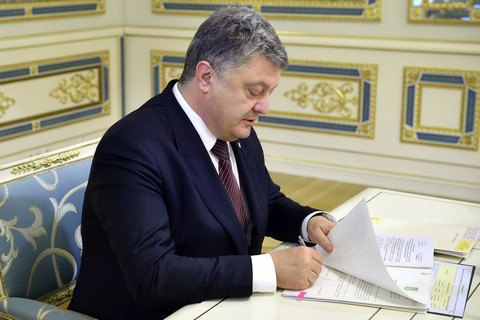 President Petro Poroshenko on 25 September signed a decree enacting the Concept of Reforming and Further Development of the State Management System in Conditions of State of Emergency and Special Period, adopted by the National Security and Defence Council on 13 September.

The essence of the concept is not disclosed. It is known that the secretary of the National Security Council, Oleksandr Turchynov, will supervise the implementation of this decision.

Part of the NSDC resolution has the classification level of "For official use only."

The press service of the NSDC stated that the concept provides for joint control of the security forces, defence and civil protection in accordance with the principles and standards adopted by the NATO member states.

Ukraine's law On Defence defines "special period" as the time after the announcement of mobilization (except targeted) or after the introduction of martial law in Ukraine or its particular areas. It covers the period of mobilization, wartime and part of the recovery period after the end of hostilities.