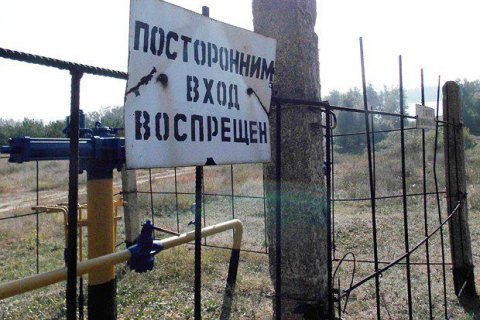 A gas pipeline was damaged in Russian-occupied Crimea on Tuesday evening. The National Anti-Terrorist Committee of Russia told RBC they were looking into possible sabotage.

According to the NAC, gas distribution station near Alushta recorded a drop in the gas pressure on Tuesday evening, 31 October. Simultaneously, the supply of electricity ceased due to the collapse of a power line support.

RBC's source said that incident left 1.2 thousand local residents people without gas. Repair work is in progress, the gas supply must be restored within 24 hours.

Another section of the gas pipeline near the village of Zaprudne was also damaged, RIA Novosti said with a reference to the head of Crimean gas distributing company. "This is a medium-pressure 270-mm gas pipeline. The nature of damage suggests that it could also be an act of sabotage," Sergei Tarasov said as quoted by the agency.