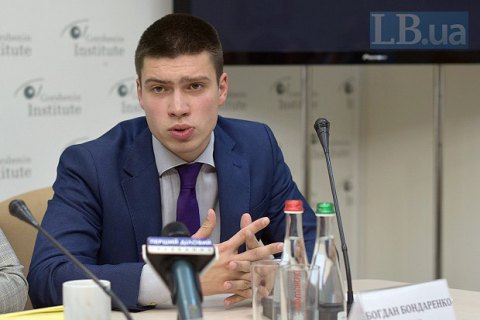 On 3 November, the Council of Judges will consider the submission of 18 candidates to the positions of Constitutional Court judges. Of these, 15 are judges of courts of general jurisdiction, one candidate is from the Constitutional Court, and two represent the prosecutor's office and the bar, said Bohdan Bondarenko, an expert of the Center for Political and Legal Reforms.

"Of these 18 candidates, eight took part in the Supreme Court contest and were discarded. Five of them did not pass test or practical assignments. Three scored ratings below those recommended by the Higher Qualification Board," Bondarenko told a round table conference organized by Gorshenin Institute and the RPR on 1 November.

And that's despite that, according to Yulia Kyrychenko of the Reanimation Package of Reforms, the law requires candidates to have high moral qualities and a high level of legal competence.

In addition, the competition is largely non-transparent for the media.

"The board of judges quietly sends candidates invitations for interview, and that's all. The procedure is totally non-transparent. No online broadcasts or media reports – nothing of that sort," the expert said.

The deadline for submitting documents to the positions of judges of the Constitutional Court has ended. The final decision on the recommendation of candidates should be made by the Council of Judges.