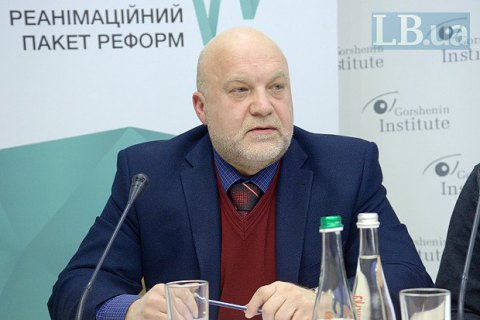 The gradual increase in civil servants' salaries has not led to improvement of the work of the civil service as a whole, says Serhiy Soroka, an expert of the Reform of Public Administration group in the Reanimation Package of Reforms think tank.

"At the start of the civil service reform in 2014, civil servants would complain about the size of their salaries. 'Raise our salaries and we will work effectively,' they said. Now salaries are gradually growing, but the work of the public service remains ineffective. I am guided by the economic ratings of the Davos forum that place Ukraine at the 135 place out of 140 in terms on the effectiveness of public institutions. It’s a very low place," Soroka said at a round table in Gorshenin Institute.

According to the expert, the high salaries of civil servants should be pegged to results of their work rather than their posts or experience. Meanwhile, people are afraid of going to work in the civil service, because they understand they are afraid of the scale of red tape there.

Soroka believes that specialists in reforms are entitled to higher salaries compared with other civil servants because of the higher responsibilities, and recalled that any civil servant can run in job competitions.

"The high salaries of reform specialists can cause dissatisfaction in society, but compensations for these workers, that is, surcharges to wages, are paid from the EU funds under an agreement between Ukrainian government and the European Commission in support of this reform. Ukrainian reforms are paid for by European taxpayers," said Soroka.

He said that a survey embracing experts and ordinary citizens that has been held last year found that the reform of public administration was a failure. Ukrainians do not see the results of the civil service reform, he concluded.