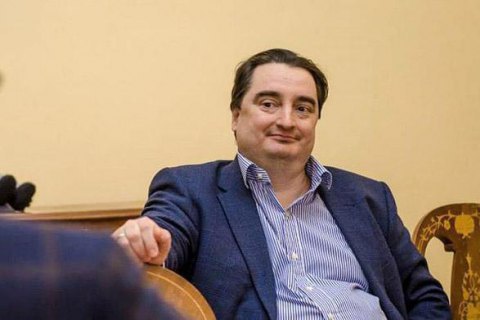 Ihor Huzhva, editor in chief of the Strana.ua news website, who is suspected of extortion, has left for Vienna where he requested political asylum, the website's editorial team has said in a letter to President Petro Poroshenko.

"We would like to inform you that Ihor Huzhva has left for Vienna and asked the Austrian authorities for political asylum in accordance with the established procedure. We would like to stress that Ihor Huzhva has left for Austria after a measure of restraint defined by court has expired, giving him a legal right to leave Ukraine," the letter reads.

Huzhva was detained in Kiev on 22 June. Prosecutor-General Yuriy Lutsenko said then that Huzhva had demanded and received 10,000 dollars for not publishing information which could compromise MP Dmytro Linko. Huzhva was detained together with his assistant Anton Fylypkivskyy, who handed him the money. They were found in Huzhva's case during the search.

On 23 June, Huzhva was declared a suspect in the extortion case.

On 22 December, Fylypkivskyy was found guilty of extortion and sentenced to four years in prison with a two-year probation.

Huzhva has not been tried.