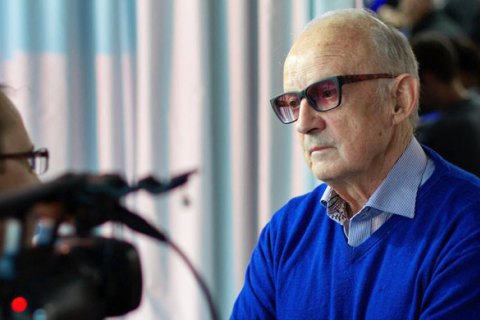 Despite the last-moment amendments, the US "Kremlin report" may cause significant damage to the entourage of Russian President Vladimir Putin, Russian pundit and writer Andrey Piontkovskiy has said in a commentary for LB.ua.

"The document was replaced indeed, but, nevertheless, it is not a disaster," said Piontkovskiy, one of the experts in anti-Kremlin sanctions and a participant in the drafting of the "Kremlin report".

"The expansion of the list as such is of no significance. Yes, the original version had the names of about 40 people closest to Putin who carry top responsibility for his crimes. What we saw now, as some people joke, is a 'phone book'. It's not so bad. For example, I'm not sure that the short version had [Russian Defence Minister Sergey] Shoygu," he said.

"The main problem caused as a result of interference by State Department officials is that this part of the document was classified. The Treasury secretary noted yesterday that it contains hundreds of pages. First, their publication would cause a political explosion in Russia because there would be not just general statements about a 'stolen trillion' but detailed information about this money. Second, if this data was openly published, no additional sanctions would be needed any more since it would contain information on money laundering on a very large scale. In that case, the USA would just need to apply its existing legislation on combating money laundering to people on the list. Now, because the Trump administration has classified this information, the published report does not automatically trigger the application of US laws. For implications to take place, the second step is required, that is the introduction of sanctions," the expert explained.

However, he said that the Congress would sooner or later introduce sanctions against many people from the list, so Moscow's jubilation is premature. "Moreover, the capitalization of assets of all the people on the list is now plummeting," he added.

The "Kremlin report" prepared by the US Treasury includes 210 people, including senior officials. Heads of large Russian state companies and companies with state participation make a significant part of the list. There are also the country's richest businessmen with a fortune of at least 1bn dollars. The public version of the report says nothing about sanctions against people on the list.