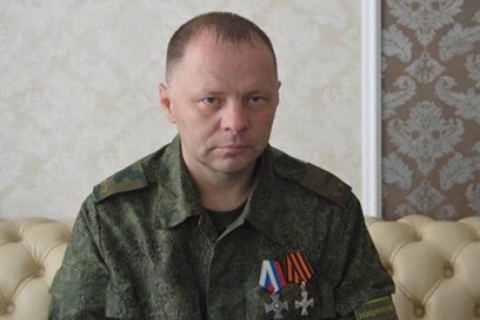 The separatist Donetsk people's republic has said the shot made at its defence ministry with a grenade launcher was an attempt on the life of defence minister Volodymyr Kononov, according to the Russian news agency Interfax.

Kononov said it had been the 11th attempt on his life since the start of the war in Donbas.

According to the WarGonzo project, Kononov survived. He blamed the incident on Ukrainian uniformed agencies.

He learned about the plans to kill him several months ago.

Kononov, also known under the alias "Tzar", has been in charge of the separatist defence ministry after former commander, Russian national Igor Girkin (Strelkov) "resigned".