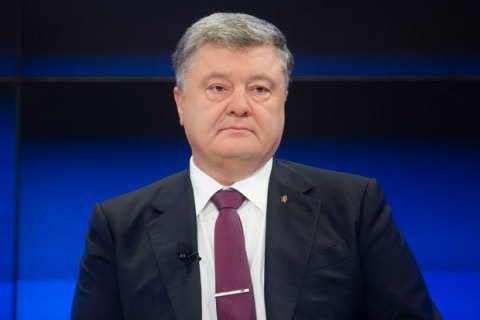 Ukrainian President Petro Poroshenko has expressed concerns over the adoption by the Polish Senate of a draft law criminalizing the propaganda of the so-called "Bandera ideology". Poroshenko said it was inconsistent with the principles of strategic partnership and called on Poland to engage in dialogue.

"I am deeply concerned about the decision of the Polish parliament: historical truth requires frank conversation and dialogue, not bans," Poroshenko said on Facebook.

In his view, the assessments contained in the rationale behind the law are "absolutely biased and flatly unacceptable".

"Above all, we remember our common victories and fight against totalitarian regimes. No political decision can replace historical truth. The adopted draft law does not match the declared principles of strategic partnership between Ukraine and Poland. I urge Poland to be objective and engage dialogue. Only together will we win," he said.

In the early hours of 1 February, the Polish Senate adopted the law on the Institute of National Memory without amendments. In particular, it foresees punishment for "crimes of Ukrainian nationalists".

On 26 January, the Polish Sejm adopted an amendment to this law, which punishes the attribution of crimes committed by the Third Reich and other crimes against humanity, peace and war crimes, to the Polish people. It also foresees punishment for "the propaganda of the Bandera ideology." It is punishable with a fine or imprisonment for up to three years.

The bill refers to the period of 1925-1950s and actions related to the use of "violence, terror or other forms of violation of human rights against individuals or groups of people". More specifically, it apparently concerns the participation of Ukrainian nationalists in the killing of Jews and Poles in Volyn and neighbouring regions.

The USA urged Poland to revise the bill on the Institute of National Memory as, according to the State Department, it could undermine the freedom of speech in the country.

Stepan Bander is a political activist and a leader of the nationalist and independence movement of Ukraine in 1930-1950s.