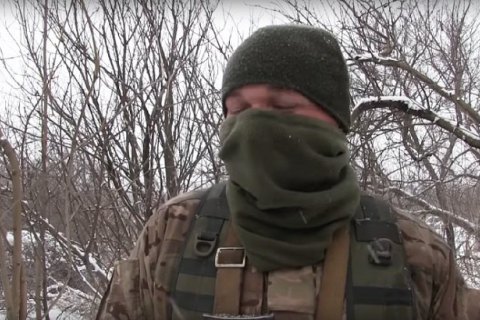 The Ukrainian army has taken control of the village of Novooleksandrivka, Luhansk Region, the press service of the Defence Ministry has reported quoting Military Television.

"Our servicemen have recently improved their tactical position, having moved several kilometres forward along the line of contact and taken control of Novooleksandrivka," the report reads.

The village has been in the "grey zone", between the positions of Ukrainian servicemen and militants, since 2015.

According to the Defence Ministry, there are around 20 residents in the village.

"We entered the village several days ago. Naturally, the enemy attempts to reclaim the loss from time to time. Snipers are active in the daytime, and other small arms are used, at night they sometimes fire with heavy machine guns. But we are holding to this piece of land fast because it is our piece of land. And we will continue moving forward bit by bit without stopping," a serviceman based in the village told Military Television.

In November 2017, the ATO forces recaptured the villages of Hladosove and Travneve near Horlivka, Donetsk Region.