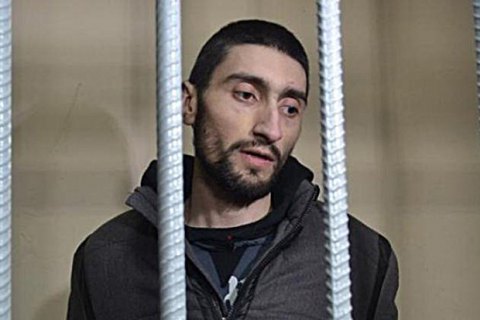 Kharkiv's Kyivskyy district court has found Ihnat Kromskyy, known as Topaz, guilty of encroachment on the territorial integrity and sovereignty of Ukraine, participation in mass riots and car theft, and sentenced him to eight years in prison and property confiscation, the local news website Mediaport has said.

However, in accordance with the so-called Savchenko law, he has already served a bigger part of his sentence. He will only have to serve two more years.

Kromskyy was among those who organized the seizure of the Kharkiv regional state administration on 1 March 2014, took part in the beating of Euromaydan activists and in the attack on the Prosvita office on 14 March 2014, in which two people were killed.

Topaz was detained on 28 March 2014 and placed under the 24-7 house arrest. He fled the arrest and was detained in Donetsk on 25 April 2014. Since he has been held in detention.