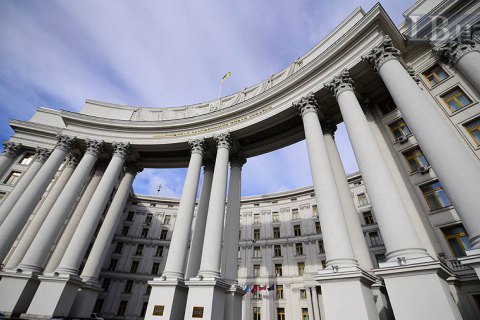 The Ukrainian Foreign Ministry has condemned the ratification by the Russian State Duma of the so-called agreement on the inclusion of separate units of the armed forces of the self-proclaimed republic of South Ossetia (Georgia's occupied territory) into the Armed Forces of the Russian Federation.

"This yet another provocative step is a continuation of the Kremlin policy to destabilize the Black Sea region and undermine the European security architecture," the Foreign Ministry said.

It urged Russia to honour its international commitments and withdraw all of its armed units and occupation administrations from the temporarily occupied areas of Georgia and Ukraine.

The Foreign Ministry has once again expressed support for the sovereignty and territorial integrity of Georgia within its internationally recognized borders.

Russia recognized the sovereignty of Georgia's breakaway regions of Abkhazia and South Ossetia in August 2008.