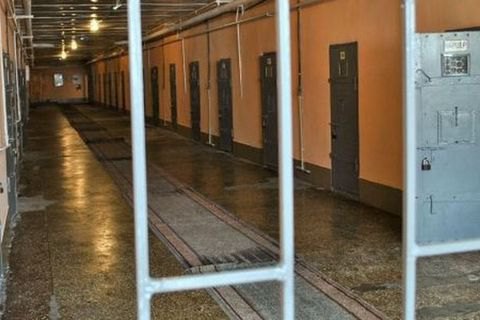 Lawyer Oleksiy Ladin has complained to the Russia-controlled Crimean prosecutor's office that his client Ismail Ramazanov, a resident of the village of Novyy Myr, was beaten by law enforcers during the search of his home and detention, according to an LB.ua correspondent.

"My client told me that FSB [Federal Security Service] employees subjected him to torture and psychological harassment to force him to testify against himself," Ladin said.

The lawyer said that at the beginning of the search, law enforcers entered Ramazanov's room, threw a coat on him and beat him. After the search, the Crimean Tatar was detained and taken away by a Gazel van. In the car, he was beaten for a long time in the back, kidney area, head, legs and arms, his fingers were twisted.

"He was not given any food or water for two days. FSB employees torturing him forced him to testify against himself," Ladin said.

Ramazanov made a similar statement in the Crimean Simferopol district court on 24 January when it was selecting a measure of pre-trial detention for him. However the court did not deem it necessary to allow Ramazanov to be checked by doctors.

Ladin also appealed against the court's ruling to remand Ramazanov for 30 days.

Ramazanov was detained on 23 January on suspicion of fueling hatred against Russians using the Zello walkie-talkie app. Cartridges were found in his house during the search, which his family says were planted on him.