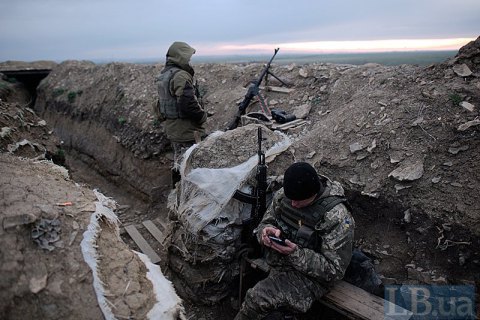 A separatist sniper killed a Ukrainian soldier in Donbas on 27 January near the village of Verkhnyotoretske (Yasynuvata District, Donetsk Region) located between Horlivka and Donetsk.

No other shooting attacks were registered during the day, the antiterrorist operation (ATO) HQ said in its evening update.

Verkhnyotoretske is split in two by the contact line. There are several shops, a post office, two schools (one in the separatist-controlled part), a kindergarten. There is a shuttle bus connection with other locations.

One shooting attack by pro-Russian militants was registered on 26 January.