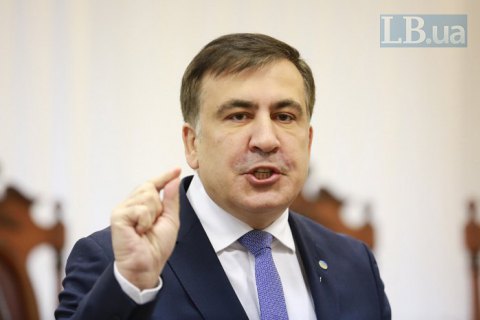 Georgia's former president and leader of the Ukrainian Movement of New Forces party, Mikheil Saakashvili, has announced he is planning to resume marches for the impeachment of President Petro Poroshenko.

He said after the Kyiv court of appeal placed him under night-time house arrest. He will have to stay at home from 10 p.m. to 7 a.m.

"In the coming days, we will announce the start of mass rallies to displace and change the power of profiteers in Ukraine," he said.

Saakashvili described the court's decision on the night-time house arrest as unfair and aimed at hindering his political activity.

He added that he had planned to visit Vinnytsya on 27 January and Lviv on 28 January, however, considering the court ruling, he would not be able to leave Kyiv.

On 19 December, Saakashvili announced a pause in his supporters' rallies for the New Year holidays.