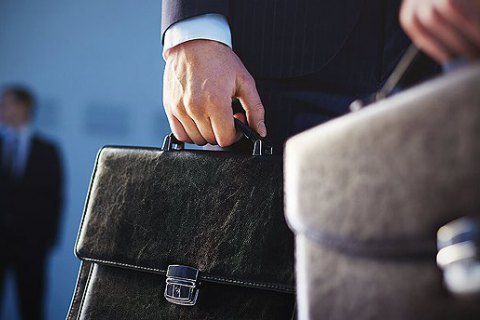 A roundtable entitled "When all public servants will get deserved proper salaries?" will be held at 11 a.m. on 26 January as part of the information partnership project between Gorshenin Institute and Reanimation Package of Reforms with the support of the LB.ua news and analysis website.

The event will be held in the press centre of Gorshenin Institute at 18b, Mala Zhytomyrska St in Kyiv.

The issue of public servants' pay came up with the launch of public service reform and the adoption of the new law "On public service". There is a direct correlation between officials' performance and their motivation based on material incentives. On the one hand, when the reform commenced, most public servants' salaries were not competitive whereas, on the other hand, their effectiveness was (and still is) low, to put it mildly, as evidenced by Ukraine's ratings at the World Economic Forum in Davos.

So, what should come first: higher salaries or better performance? The strategy of public administration reform and the concept of the introduction of reform specialists' posts seem to give the answer. It will be presented at the roundtable.

- Kostyantyn Vashchenko, chairman of the National Agency for Public Service,

- Hlib Vyshlinskyy, the Office of Reforms at the Cabinet of Ministers Secretariat,

- Serhiy Soroka, manager at the Public Administration Reform group of the Reanimation Package of Reforms,

The roundtable is moderated by Iryna Solomko, head of communications at the Reanimation Package of Reforms.

The event will be streamed online at the Reanimation Package of Reforms page on Facebook and on LB.ua. For additional information and accreditation, contact Inna Nerodyk at 096 119 73 37.