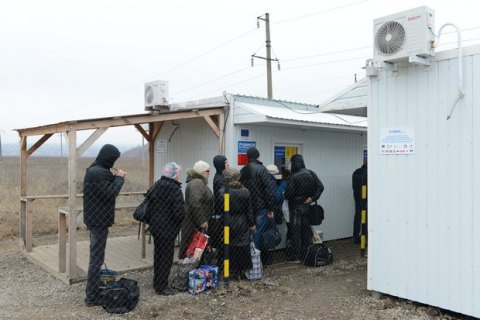 The Russian occupying troops have shelled a passenger bus in the "grey area" close to the Olenivka checkpoint on the line of contact in Donbas. As a result, one person was killed and one more wounded, the press centre of the antiterrorist operation (ATO) HQ has said on Facebook.

The incident took place in the area outside government control in Donetsk Region.

The HQ said that pro-Russian and Russian media had been spreading false reports that the bus was targeted by the Ukrainian Armed Forces.

"The actions of Russian mercenaries are aimed at discrediting the Ukrainian army ahead of the visit of Principal Deputy Chief Monitor of the OSCE Special Monitoring Mission Alexander Hug to Donetsk and Luhansk regions," the HQ said.

It repeated that the Ukrainian military strictly honours the Minsk agreements.

Five Ukrainian servicemen were injured as a result of separatist attacks in Donbas on 20 January.