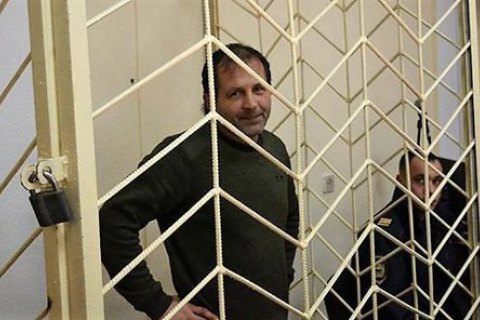 Earlier, Crimean rights activists said that he had back, kidney and heart problems.

"Balukh is in the Simferopol remand centre, in a cell for those on their way to penal settlements, thus there is no order in the cell. His health condition is still bad but he has no medical aid," journalist Anton Naumlyuk said on Facebook on 20 January.

On 16 January, the Rozdolne district court in Russia-annexed Crimea sentenced local Ukrainian activist Volodymyr Balukh to three years and seven months in a penal settlement. He will also have to pay a 10,000-rouble [176 dollars] fine. Balukh is accused of storing weapons, which rights activists believe were planted on him by local police.