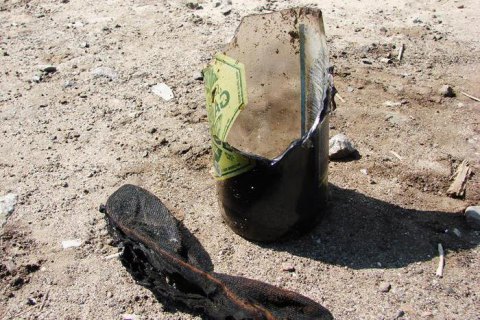 The Ukrainian embassy in Athens, Greece faced an attack attempt in the early hours of 20 January, Ukrainian Foreign Minister Pavlo Klimkin has tweeted.

Unidentified attackers wanted to hurl petrol bombs at the embassy. No-one was hurt, the minister said.

"An attempt to attack our embassy in Athens with bottles containing an explosive substance was made in the night. Perhaps, [these were] radicals under Russia's influence. No-one was hurt. We and the Greeks agreed on mutual assistance and 24-hour security," Klimkin's tweet reads.

Maryana Betsa, a spokesperson for the Ukrainian Foreign Ministry, later told 112 Ukrayina TV that private cars of embassy workers were set on fire in the early hours of 20 January. Petrol bombs were hurled at the area around the embassy. The incident was immediately reported to police and the fire department.

"We do not rule out that this was done by the radicals under the influence of Russia. By the way, the first to report on this were Russian websites in Greece," Betsa said.

She confirmed that no-one had been hurt.

The incumbent Greek government, which units both left-wing and right-wing populists, is deemed pro-Russian. Prime Minister Alexis Tsipras, who earlier spoke of relaxing sanctions on Russia, formally supports their extension as a "common European decision".