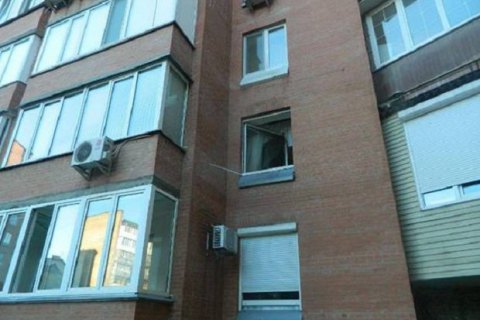 A 49-year-old man, presumably under the influence, barricaded himself in a flat in Odesa and opened fire out of the window, targeting the passers-by, on the morning of 20 January, the head of the regional police directorate, Dmytro Holovin, has said on Facebook.

"A drunk 49-year-old inadequate barricaded himself in a flat and opened fire on senior citizens. He used a 4.6-mm rifle. Together with KORD [riot police], we stormed it. He attempted to shoot at police officers and threw firecrackers under their feet. He was detained under Article 296 Part 4 of the Criminal Code. No-one was hurt," he said.

A representative for the Odesa regional police, Ruslan Forostyak, said that the man opened fire for "hooligan motives" caused by his "inadequate condition".

The man is believed to have been under the influence, although he has not been tested yet, according to Hromadske.

On 19 January, police shot down a man who had wounded three officers and a taxi driver in Odesa. One of the officers succumbed to wounds.