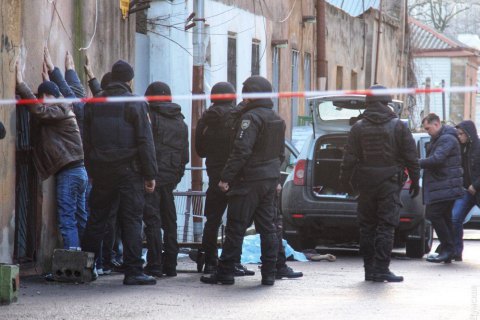 Police officer Serhiy Pryharin, who was wounded in a shootout in Odesa on 19 January, died in a hospital, an adviser to the regional police chief, Ruslan Forostyak, has said. During the shootout, police had to kill a man who had wounded three officers and a taxist."The 30-year-old police officer, who was in a grave condition, died in a hospital. Serhiy Volodymyrovych Pryharin was killed in the line of duty," Forostyak said on Facebook.

The killed attacker turned out to be well-known local pro-Russian activist Valentyn Doroshenko. He called himself a "member of Stalin's party". In 2010, he tried to run for Odesa mayor. A year earlier, he challenged then city mayor Eduard Hurvits to a duel, having approached the city council on a horse, holding a sword in his hand.

He was wanted by police as an active participant in the riots outside the regional police directorate in the spring of 2013, when the mob tried to release Motherland party leader Ihor Markov who was detained by police.

When police came to Doroshenko's place, he took a pistol and attacked them.

Police said they found a path to catacombs from the place where the shootout took place, where they discovered an arms cache.

Police are investing the case as a premeditated murder and an act of encroachment on a law enforcer's life.