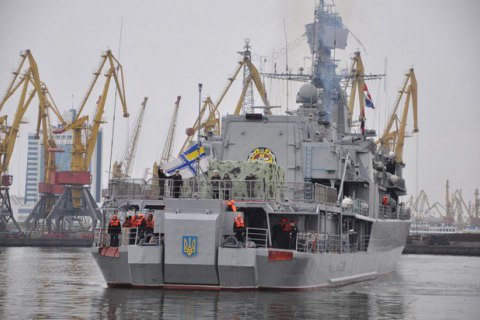 A 55-year-old Ukrainian who was about to fly to Iran was detained at Boryspil airport on 22 January. According to the press service of the Kyiv regional prosecutor's office, he had information about the Hetman Sahaydachniy frigate on him.

The detained man is a senior researcher at a state institute and information that was stored on his memory stick concerned the design of hydroacoustic stations at the frigate. It is considered special military information which cannot be exported without a special permission from the State Export Control Service.

Although he was aware of this, he decided to commit the crime, the prosecutor's office said.

He will be tried for violating the procedure for international transfer of goods subject to state export control.

The Hetman Sahaydachniy is the flagship of the Ukrainian Navy.